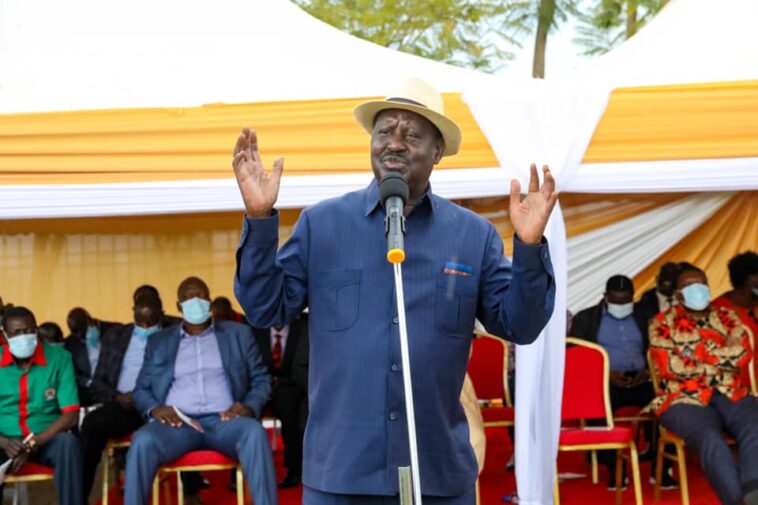 The Building Bridges Initiative (BBI) is the initial process that will ultimately liberate farmers from their perennial exploitation by brokers, Orange Democratic Movement (ODM) leader Raila Odinga has said.

The former Kenyan Prime Minister said farmers in the country have been exploited by middlemen leaving them to languish in poverty.

Addressing local residents when he toured Kangari trading centre in Murang’a county on 2nd December 2020, Mr Odinga said the BBI report had proposed measures which will ensure farmers benefit highly from their crops.

He appealed to people from Mount Kenya to fully support the report saying tea, coffee and dairy sectors will get a boost and farmers reap more from their economic activities, Kenya News Agency (KNA) reported.

The ODM leader said the handshake between him and President Uhuru Kenyatta was meant to benefit the entire country by ensuring there is peace, order and cohesion which can spur economic growth.

“We agreed to keep off our political differences and build a country which is united as it was the wish of our forefathers who fought for independence. This country is for all the 42 communities and there is a need to embrace each other and live in harmony,” Mr Odinga said.

He strongly condemned corrupt leaders saying their ill practices were sacrificing Kenya’s development. “The BBI will cure runaway corruption which has been witnessed in this county in the recent past. All public funds will be protected and used for the intended purpose,” Mr Odinga said. 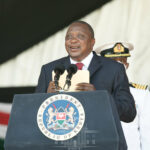